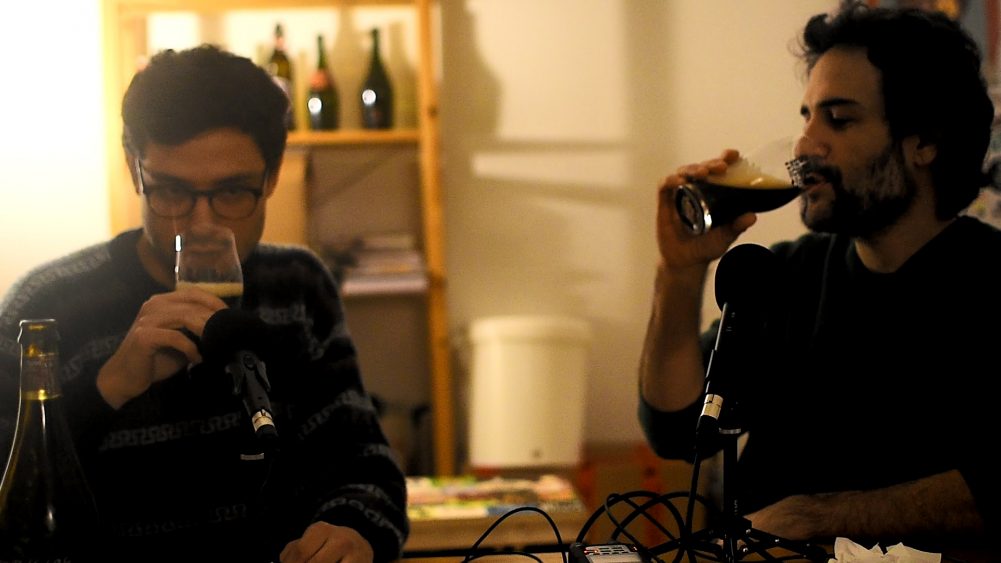 Episode 41 of Voices from the Dark is dedicated to one of my favorite topics: Beer. With me are two beer lovers: Sam, a long-time friend from Italy; and Mauricio, an Argentine home brewer who I met at the local bar and home brewers’ sanctuary Mash Pit.

The conversation is chaotic, which demonstrates our shared passion for the topic. As the ideas flow freely, so does the beer. Mauricio shares a Corsendonk Pater Double Ale, his own so-called Shitty IPA, and a Sweet Porter he made. We talk about the definition of craft beer. We talk about beer in Argentina, Italy, the United States. We talk about typical German beer, new German craft beer, the history of beer, drinking cultures of the world. We touch on a few beer styles, have a couple of friendly disagreements, and ultimately discover the truth about the Pilsner style, which may not be what you think.

We recorded the podcast in Mauricio’s apartment—where he brews his own beer and has converted a refrigerator into a small two-tap keg system. We also recorded some video for the first time, thanks to Sam’s help as cameraman and co-producer. Perhaps you’ll see that video floating around the interwebs somewhere sometime. Stay tuned.

Later we head out into the night in search of more frothy flavors. First we hit Hardy’s Pub in Schoeneberg, then Muted Horn in Neukoelln, both respectable establishments for different reasons. So what becomes of this trio of drinkers on a dark night full of beers and podcasting? Did we record on the fly in the midst of our beer mission? You’ll have to listen to the episode to find out. Here’s to many more lively conversations about topics you love! Enjoy!

2 thoughts on “E41: Into the Vat, a Conversation for Beer Nerds with Mauricio”

I’ll Be Right Back